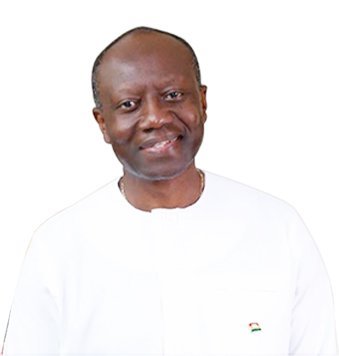 Ken Ofori-Atta assumed office as Ghana’s Finance Minister on January 27, 2017. As a Co-Founder and former Executive Chairman of the Databank Group (a leading investment banking firm), Ofori-Atta brings to the Ministry over 30 years experience in the Ghanaian, African and international financial services sector. He was twice honoured by PriceWaterHouse Ghana as one of the Top 5 Most Respected CEOs in Ghana during his tenure in the private sector. Ken was the Executive Chairman of the Group from 1990 until his retirement on February 14, 2012. Prior to co-founding Databank in 1990, he was an Investment Banker at Morgan Stanley and Salomon Brothers in New York.

Ken is the current chair of the World Bank/IMF Development Committee, the Governing Board of the African Capacity Building Foundation (ACBF) and the G-24 Group.

Ken is married to Professor Angela Lamensdorf Ofori-Atta, a fellow of the AGLN and a Moderator at the RAAF this year. They are blessed with three (3) children and are committed Christians.